Malak al-Kashef is fearless. Her detention by Egyptian authorities in 2019 and her torture– did not manage to break her spirit nor scare her into silence. On the contrary, the young transgender woman was adamant to raise her voice even higher.

At just 21, and despite the challenges she’s been through from a young age,

al-Kashef is Egypt’s most outspoken transgender woman fighting for her rights and the rights of marginalized people like her.

She is an active member of “Bara el Sour” an Egyptian feminist organization helping marginalized communities including the LGBTIQ+ community. She is also a member of the Arab regional transgender network.

What does it mean to be a transgender person?

A transgender person is imprisoned in a body that is not theirs. You are locked inside a cage and cannot find the key. Trans folks are people who experience a conflict between their actual physical bodies and how they feel or view themselves.

A transgender person is imprisoned in a body that is not theirs. You are locked inside a cage, and cannot find the key.

Tell us more about your childhood, growing up as a Transgender person…

I was raised in a patriarchal household where I couldn’t be myself. I was imprisoned in my own house, beaten, and abused physically, and mentally by my own family – not just my parents but by my aunts and uncles. Everyone had a say in my life. They checked me into mental institutions more than once…

Society imposes gender norms on you that you can’t easily break away from. I tried to. I remember stealing makeup from my sisters and my mother. I would also wear leggings under my pants and remove the pants once I was outside the house. Doing this felt as though I was burning my hands and applying ice on them for the pain. It only brought me temporary relief – but the pain always returned.

When did you decide to change your life and transition? And how did your family react?

I left the house when I was only 13 years of age and decided to be myself. I worked at a hairdressing salon to make ends meet and slept in a public garden. I remember paying the guard 20 Egyptian pounds to let me in at night. My parents once found me and imprisoned me in a hospital but I managed to flee and they never tried to find me again. Today, the only connection to my family I have left is through my mother.

Did you go through sex reassignment surgeries?

I did my first surgery in 2017, and the second in 2019. Both of them were performed in Egypt. I worked tirelessly and saved up money to be able to pay them off. I worked in the informal sector for many years, in delivery services, in supermarkets, cleaning homes etc. so I could do these surgeries.

The worst thing that can happen to a person in the MENA region is to be born transgender, especially in Egypt.

Are such surgeries available in Egypt?

Yes, but many doctors work underground. Publicly, you hear officials, doctors and other people saying we are welcome, but in reality, we go through a lot of rejection and social pressure.

How did you feel after the procedure?

It is called a transition, because we don’t transform. We are still the same person, we just transition into our gender identity. I definitely felt better, I remember screaming in the aftermath of the surgeries, not just from the pain but because of the realization of the price I had pay to be myself, not just financially, but in terms of personal suffering. The realization of how much one has to lose to be able to gain.

You were arrested and put in jail for 4 months in 2019, what happened?

This was the third time I had gotten arrested. It was after a train accident in Cairo, and we had organized a demonstration to protest the government’s response. I participated in the protest; they arrested me and the other organizer. I was imprisoned for 135 days.

I was tortured and put in solitary confinement. I think it’s all because of what I stand for, and not just because of the protest.

What is life like for a transperson in Egypt?

The worst thing that can happen to a person in the MENA region is to be born transgender, especially in Egypt. The state criminalizes LGBTIQ relations despite the absence of an explicit law by charging people with “immorality” or “prostitution.” They use these charges all the time to arrest LGBTIQ people. And by the way, many trans people work in prostitution because they have no work opportunities in Egypt, they are desperate to earn an income, and sometimes sex work is the only way out. The media always uses us and incites hatred and violence against us. I was accused by the Egyptian media of working for enemy states and pushing a foreign agenda just for fighting for the rights of the LGBTIQ community.

You are known as Egypt’s most outspoken transwoman. Why did you decide to take on that role?

There were many times throughout my journey where I reached out to civil society organizations or non-governmental agencies for help, be it psychological, medical or legal… But you see, the queer community, I found, was not a priority for such agencies. This is what pushed me to want to become an LGBTIQ activist. I had told my story but I wanted to also be able to tell the stories of countless others who could not speak for themselves – to be their voice, now that I had found mine.

You don’t have to live the way others expect you to live. There are people like you who will support you all the way. You are not alone.

Every single day. Whenever I hear a knock on the door, I imagine it’s the police storming in to arrest me once again, or the neighbors even, coming for me, after realizing who I really am. This is the price we pay here in Egypt for raising our voices. I thought that my activism would make me free but it actually put me in a larger prison. Every person in the queer community here feels that, especially the young ones. I am trying to guide them, support them, and make them feel less alone. To let them know that I too have been and am still in their shoes and am there to care for them.

Do you think about leaving Egypt?

Maybe one day, but for now, this is where I want to be. Everyone has a breaking point. For me, that day will come when I can no longer stand the oppression.

But for now, I want to stay here.

What in your opinion would help the LGBTIQ community both in Egypt and in the wider MENA region?

What message do you have for LGBTIQ people in the MENA region?

You don’t have to live the way others expect you to live. There are people like you who will support you all the way. You are not alone. And just as there is oppression, there are folks out there with empathy and the means to help you in your journey to liberation.

What do you dream about?

I don’t know, my dreams are limited because of the current reality. My dream is not to have to wake up every day to fight for my right to exist, fearing arrest, having to fight for survival every day. My dream is that others don’t go through what I have been through, that there is no other Malak out there suffering alone in silence. This is my dream.

My dream is that others don’t go through what I have been through, that there is no other Malak out there suffering alone in silence.

This publication is called “Jasad” (Body); what does the body mean to you? What does it represent?

The body is a facade through which you interact with society. It is a political tool that has been used by governments, body torture is used to oppress others. It is a social tool: trans people suffer with their bodies to conform to society. A body is also a cultural tool, one for expression, for creativity, it’s an entry point to everything. 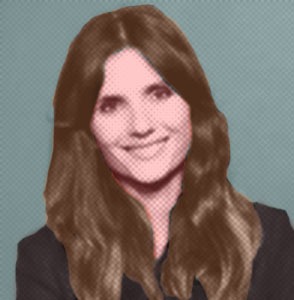 Journalist. Mom. Globetrotter. Curiosity does NOT kill the cat