Sophia is a Greek name meaning “wisdom.” The origins of its use can be traced to the beginning of the fourth’s century, and to this day it remains as popular as ever. It is a melodic and regal name, and one that I would have definitely considered for my future child had it not become a name associated with the field of robotics.

Sophia is the name chosen by Dr. David Hanson of Hong Kong-based Hanson Robots for his new brainchild, a social humanoid robot that saw the light on the 14th of February 2016. And…

Unlike recent newborns, Sophia can strike and engage in conversations, imitate human gestures as well as facial expressions and is designed to simply “get smarter over time.” In 2017, Sophia was declared a citizen by Saudi Arabia, becoming the first robot to ever receive citizenship. Moreover, in the span of the same year, she was appointed by the United Nation as the UNDP’s first ever Innovation Champion, becoming the first non-human to be awarded a United Nation title. And in the similar fashion of world public figures, Sophia has appeared on Good Morning Britain with Piers Morgan, the Tonight Show with Jimmy Fallon as well BBC News. News headline have described her as “a delicate looking woman with doe-brown eyes and long fluttery eyelashes” and a “hot lifelike robot” that has even been featured on the cover of Elle Magazine—Sophia herself being modeled by Hanson based on a mishmash of Queen Nefertiti, Audrey Hepburn and his wife. She has been without any doubt the subject of a lot of controversy and major criticism. However, the majority of those who have conversed with Sophia (or even gazed at her) can repeatedly agree on one thing: Awkward. Eerie.

The more robots appear to be humanlike, the more they become appealing.

It is an awkward eerie experience. But what specifically makes it so?

Is it the mere fact that Sophia, with her sophisticated computer algorithms along with the cameras embedded in her eyes, is able to see things? Or is the fact that Sophia possesses “human intelligence” and has successfully attended several events as a keynote speaker, addressing audiences and answering their various questions? Could it be the fact that Sophia, with her sophisticated software and artificial intelligence system, will soon cause a disruption in the job market place? Or is it fact that this humanoid woman has recently created and sold a digital piece that sold for $688,888 and is planning to explore music as an art form as well? Could it be all this or could it simply be the fact that Sophia almost looks like us, almost looks like a human and is able to maintain eye contact, like the rest of us do? Recent research on the Uncanny Valley suggests the latter.

Humanoids and the Elicited Sense of Eeriness

Humanoid Robots, which are robots designed with humanlike features, are designed by firms to induce trust and to appear more sociable – encouraging humans to interact with them—an element that is deemed necessary to induce the acceptance of robots in service settings and that has been proved to be critical and beneficiary in comparison to the acceptance of their counterparts: mechanical robots.

However, an alternative theoretical lens argues that robots with highly human-like features elicit eeriness and averseness in humans. In fact, recent research has examined humans’ responses to 80 real-world robots placed on a continuum from highly mechanical to highly human-like. Participants significantly rated robotic faces as more likeable the more they became human-like and the less they became mechanic. However, the more the robotic physical appearances approached the end of the human-like spectrum, the more participants rated them as unlikeable and eerie.

The uncanny valley is a concept that was introduced in the 70s by Masahiro Mori, a professor at the Tokyo Institute of Technology. Mori coined the term and argued in his several seminar essays the following: The more robots appear to be humanlike, the more they become appealing. However this appeal or affinity increases up until it reaches a certain point at which point it is a steep descent into the valley – the uncanny valley. The appeal is soon taken over by a crippling feeling of unease and an unexplained sense of strangeness. In an interview with IEEE Spectrum, Mori describes the intuition that led to his extensive research on the uncanny valley:

“Since I was a child, I have never liked looking at wax figures. They looked somewhat creepy to me. At that time, electronic prosthetic hands were being developed, and they triggered in me the same kind of sensation. These experiences made me start thinking about robots in general.”

The uncanny valley draws on several evolutionary mechanisms that could be unified under the general idea that we, humans, are threatened by humanoid robots. According to Karl MacDorman and the theory of terror management, the physical uncanniness elicited by a humanoid when it violates the norms of human appearance and movement triggers in us an innate fear of death. It is as though we are staring at our own impeding mortality and reminded of our own fragile corporality as a human race. On the other hand, contending opinions argue that the eeriness we feel is the result of a defense mechanism that has as an aim to protect us from the encumbering danger of humanoids such as fears associated with job loss and being replaced by robots.

It is as it robots increase in likeability the more they become human. Then crash and burn once they become too humanlike and fail at reaching humanness.

The above several evolutionary mechanisms are pertinent and can be unified under one simple notion: Human sapiens (we) are afraid. We are afraid to disappear. We are afraid to be replaced. We are afraid that we, like the dinosaurs, might not be as unique as we thought we were. And we are afraid that humanness is at stake. That humanness might be perverted. And the igniter is the almost too similar physical corporal component that humanoids share with us. The sense of eeriness that we experience when we gaze at highly human-like humanoid robots that have faces as well as bodies similar to us is theorized to lie in the mismatch between the humanoid’s anticipated human qualities and the humanoid’s failed imitation at attaining humanness. It is then the failed imitation at attaining humanness that constitutes the essence of what ends up constituting the uncanny valley. It is as if robots increase in likeability the more they become human. Then crash and burn once they become too humanlike and fail at reaching humanness.

Isn’t this steep descent into the uncanny valley the analogue of simply being thrown off of humanity’s cliff? Aren’t we then all, members of the homosapien species, without exception, the variations of Narcissus? In love with our worshiped reflection, and ready to metaphorically throw any humanoid off the cliff, if it fails to accurately materialize our very own idealized and worshipped humanity?

It seems to be the eerie case. 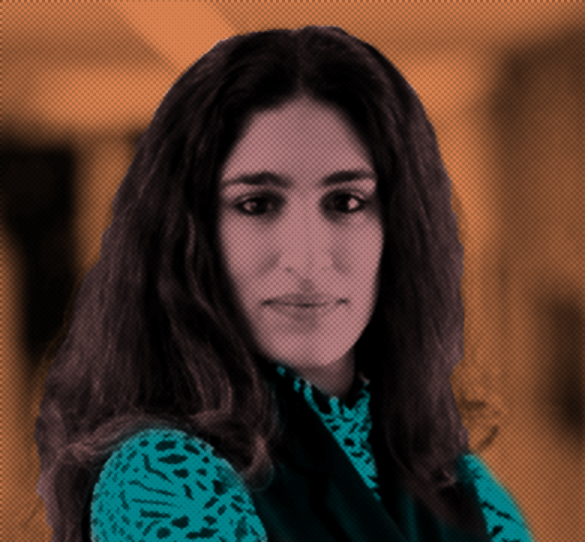 Poet Warrior. Autocorrect is my only nemesis.