He was out there, waiting and observing. Aristodemus looked at him askance. He loved him and loved every gaze he could elicit from him. He wondered: “How is he able, at his age, to drink so much and yet keep his wits?” How come the jugs of wine they all drank after the dinner had no effect on Socrates, throughout the long nocturnal hours of the symposium, except make his rational discourse and his dialectic ever more vivid, precise and clear? He found himself helpless before those famous eyes. The company sat round the room, each preparing himself for interminable conversations and his own discursive contributions, while Eros thematically and divinely presided over the company. At stake in the question asked and the answers given was the very essence of philosophy, what it is in its ‘substance’ and in its operation, its very own being. The last word that would settle the issue came as the elucidating mystery prepared through the failure of the first speeches.

In the beginning was desire

It was and had to be the word of a woman, since women were at the heart of Greece’s mystery cults. Diotima, that signal woman, came as a stranger into the ongoing discourse, as a foreign word among Athenians. She was from Mantinea and brought with her what was unknown and unexpected to the inebriated guests, i.e. the truth on Eros, which turned out to be, in its proper depth, the truth of philosophy and its primordial stakes. The name truth takes on in Diotima’s dialogue is ‘immortality’, ‘what does not meet with death’ or, to use Heraclitus’ words, ‘what never founders’. There precisely lies the philosophical tension, its going-toward, of which it has made a quasi-natural necessity, of the same kind as that of nature in its original meaning, which Heidegger later expounds as that of “all that is”. The objective of love, says Diotima, is the eternal possession of the good.

That sole meaning given to Eros – immortality – as its ultimate truth, its true end, takes on a double dimension. It is first procreation, insofar as “bringing to birth” is, for a mortal, equivalent to immortality. Procreation as such is inscribed in and desired by the body, but it has also something to do with the soul, in that both are constantly changing and becoming. That is why Diotima speaks in both cases of fecundity. The second tendency or tension is that of he who is fecund or pregnant in his soul from his youth, and who is thus divine. Such one aspires to the highest destiny and is in love in a double fashion – through his intellect’s love for the Good as ultimate end, where the soul will one day find itself, and through the Maieusis effected by his lover-educator allowing the youth in question to aim toward the Good. “Therefore,” Diotima asserts, “those of this sort maintain a greater association and firmer friendship with one another than do those who have children in common”. I wish to highlight here, that the one who gives offspring from his/her soul is subject to two attractions toward the young man he is seeking to educate. He gets attached to what he perceives as beautiful rather than ugly bodies, just as he does to the beautiful rather than ugly souls – the two go together. Desire, in such double operation, is a lack – a lack of the Good – but also an active force, an appeal exercised by the other, body and soul, and such appeal contributes through its power to leading the philosopher’s own body and soul toward the Good. Philosophy oscillates between the two, and it is in this ‘between’, which is often overlooked, that it has its origin.

Procreation as such is inscribed in and desired by the body, but it has also something to do with the soul, in that both are constantly changing and becoming.

Such ‘lack’, I emphasize, is not itself purely negative: it entices one to action and requires an act of ‘conversion’. The conversion needed is that of the gaze, turning from illusions toward true “vision”. Love is then a call for contemplation of the True and for bringing the other, body and soul, on the way toward that contemplation. We must thus see in the refusal to penetrate the body of the young man being educated and in the ejaculation’s taking place between the thighs rather than internally a refusal to unite with the body alone or to possess it and a call for the sensory body to be informed by the soul aiming toward the True, the Good, whose unique manifestation is through the Idea of the Beautiful.

It must be said at this point that this dynamic, which arises and takes its meaning in the power elicited by Eros, acts while that determination of Eros obnubilates the intrinsic functioning and nature of the operations directing toward it, i.e. the content and nature of desire. The latter become apparent at the occasion of the dislocation of the substantive-individual definition of being and its fractional/proportional one, as we find it, for example, in Thomas Aquinas. This occurs in the 17th century in Spinoza’s Ethics. The famous propositio VI, in pars III of the Ethica says: “Each thing, inasmuch as it is capable in itself, exerts force to persevere in being”. Being became intensity and abandoned its definitional-extensive essence. As for desire, what was important was the constitution of desire that each person was and of the other as a field of desiring forces. There is, in the case of amorous desiring forces, an increase in the conatus and a perseverance in being, coming from refinement in the quality of knowledge and the manner of acquiring it. The form those forces take on leads toward an increased intensity on both sides, such that the total is greater than the sum of the two. In this particular case there is no appropriation and especially no destruction or consumption – no consumere – of the other. We are in the presence of a very peculiar kind of desire, which will take on the name of ‘love’.

Love is an implication and conjoining of beings. It is discovered by skins, the flesh of beings and even concepts, which inter-penetrate, caress, and join each other in sensuousness.

What about philosophy in all this? In fact, this ‘spiritual’ will express itself also at the exchange level as a new and enriched relation to language’s manifestations then specifically in discursive knowledge. Desire as a love that is the conjoining with the other carries one toward his/her greatest fulfilment on all levels.

A Continuous Creation of Concepts

The protean force which characterizes the dynamic philosophical work and habitus takes on a more creative dimension, once it is understood through the notion of production as that of the Deleuzian desiring machine. At the basis of concepts as the possibility that runs through them with its ‘machinal’ flux is desire. Through it alone love is made and exercised and has the value of a breakthrough that taunts Oedipal figurations. Love affairs, says Deleuze, are “complexes of de-territorialisation and re-territorialisation. What we love is always a certain mulatto”. Love here is an implication and conjoining of beings-as-forces, of crossed relational systems of energy. It translates as/upon and is discovered by skins, the flesh of beings and even concepts, which inter-penetrate, caress, and join each other in sensuousness. It then allows for the effecting of two essential operations: the liberation of forces repressed by the familial scheme and squelched by the social construct, and the ever-renewed discovery of investment territories, whence all concepts emerge.

Each person is a field of desiring forces for the other. 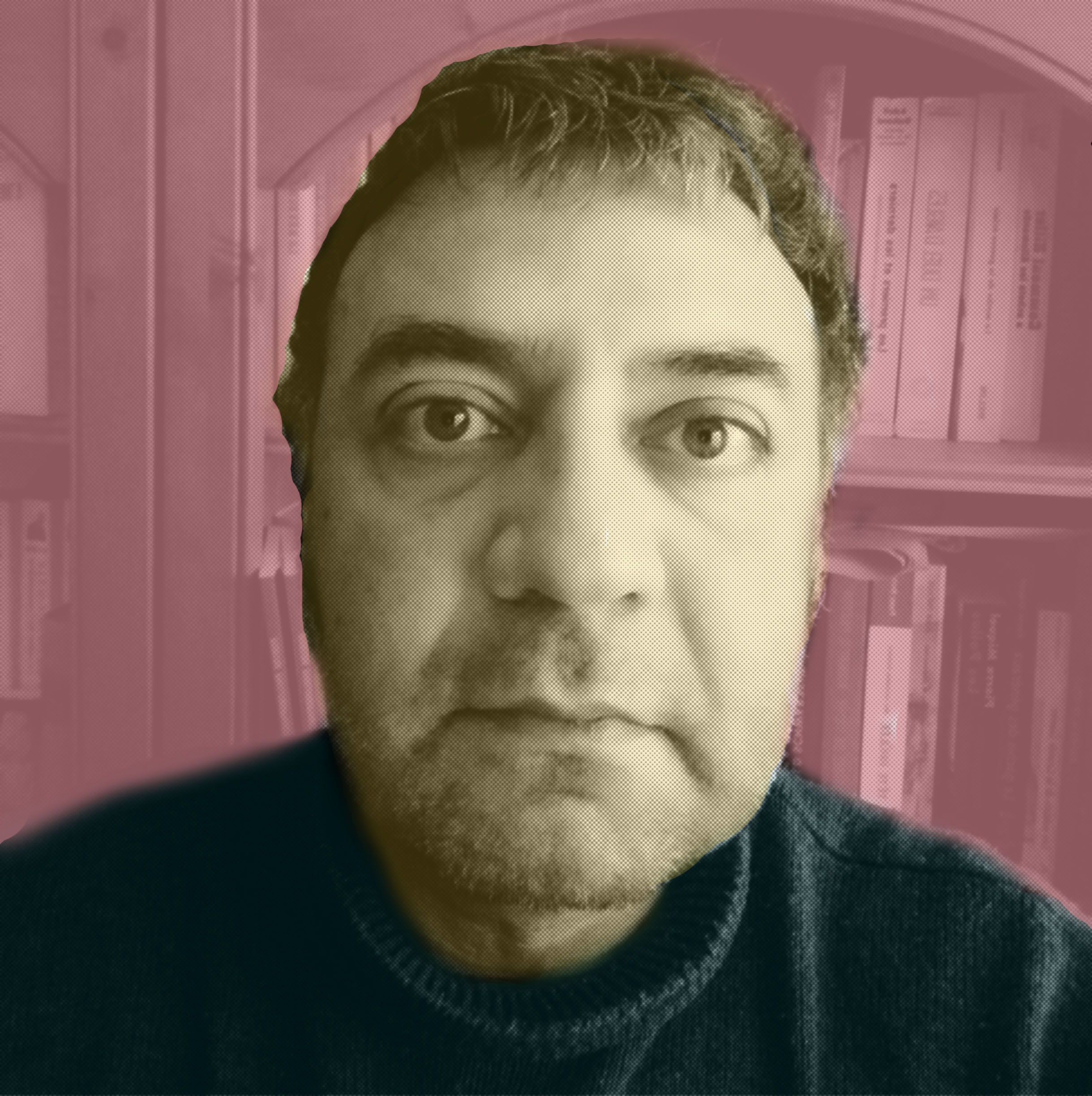 Over the words and far away