Our bodies are battlegrounds, and our body hair is a feminist issue. We are told from a very young age that our body hair is “dirty”- that it must be removed. We are expected to be hairless temptresses, ready to be gazed at. Silent seductresses with hair-free skin. Even talking about our body hair is somewhat of a taboo. Such is grasp of the patriarchy, on our bodies, our choices, and our voices.

Between shame and pain

I was about 10 years old the first time I was shamed for my body hair. I had this one friend, exactly my age, who lived in the building next door. We spent a lot of time together riding bicycles and playing teachers and house, doodling on her large chalkboard.

One spring evening, she and I went for our usual bike ride. I distinctly recall wearing a colorful pair of leggings and a sleeveless tank top. She looked at my armpits with utter disgust and said, “Aren’t you embarrassed with yourself?” I, of course had no idea, and you can imagine the sort of shame that abashes you when you only learn something you should already know.

Our bodies are battlegrounds, and our body hair is a feminist issue.

A short while later, I started removing every bit of body hair I could see and reach, nipping each follicle at the bud. You could almost say, I was traumatized into the practice that I quickly learned can be painful, time-consuming, and sometimes even harmful if not done correctly.

So why are we conditioned to hate our body hair?

According to Rebecca Herzig’s “Plucked: A History of Hair Removal,” the modern perception of body hair being unwomanly may be traced back to Charles Darwin’s 1871 book “Descent of a Man.” Body hair was linked to “primitive ancestry and an atavistic return to earlier, ‘less evolved’ forms” in Darwin’s theory of natural selection, according to Herzig, a gender and sexuality studies professor at Bates College in Maine.

The modern perception of body hair being unwomanly may be traced back to Charles Darwin’s 1871 book “Descent of a Man.”

But before Darwin, hair removal can be traced back to 3000 BCE Egypt, India, and Rome. Ancient Egyptians even considered pubic hair “uncivilized,” resorting to a method quite similar to waxing. Known as the sugaring method (which remains popular to this day), women melted sugar by adding some water and the juice of a lemon in a pot. The mixture would then be cooled and molded into a paste that would be applied to the skin and ripped off. Needless to say, it was/is painful.

Fast forward to the 19th century, Gillette introduced the Milady Décolleté, the first women’s razor, replete with its own rose velvet wrapping. Remington also released the first electric razor for women in 1940.

In Islam, hair removal is mandated – within certain parameters. Women and men are expected to shave all their pubic hair before marriage. For men, it is important to keep the beard clean and kempt. Women have to go the extra mile and keep a clean-shaven body, repeating the process no more than 40 days at a time.

One of the first anti-hair campaigns was advertised in Harper’s Bazaar in 1914. As fashion was slowly evolving to expose women’s arms and armpits, going bare became the trend. Shaving later expanded to include legs. As nylon – a fabric used to manufacture pantyhose – shortages became more common during World War II, women were forced to maintain the hairless look that pantyhose once helped them achieve. And as the bikini made an appearance in 1946, women were routinely trimming pubic hair as well.

Despite the wave of feminists that boycotted this trend in the 1960s and 70s, body hair and pubic hair removal, championed their way in many forms all the way to 2021, and the term Brazilian into our everyday vocabulary.

One of the first anti-hair campaigns was advertised in Harper’s Bazaar in 1914.

A Brazilian is a grooming service in which a woman’s pubic region is stripped bare of all its hair.

Pioneered in the 1990s by seven Brazilian sisters living in New York, the Brazilian wax became a trend as more TV shows, models, and magazines standardized the look.

Not only limited to waxing, the Brazilian later expanded to encompass razors, sugar (sukkar), epilator, depilatory creams and lasers to groom the pubic area.

But is it popular in the Middle East?

“I have had laser hair removal for almost two years now. Before that, I used to get my body professionally waxed, but I always shaved my bikini area myself, I was too shy to get it done by someone else,” Maha*, 20, from Qatar, tells me.

“My mom never told [me and my sisters] to get our pubic hair waxed, so we always assumed we should shave instead. I don’t get uncomfortable doing it anymore. I’ve been doing it for ages with the same lady. She’s also a Muslim, the woman who lasers me, a hijabi.”

According to Maha, women rush to get laser hair removal, especially of their nether region, right before they get married. Some women start almost two months before their weddings, which yields very little results, as laser is a long process, stretching over several months.

For Lina*, a 22-year-old Palestinian, it has a lot to do with self-esteem. “I used to get a Brazilian wax every three weeks,” she shares. “I like to be completely [hairless] down there, especially considering my active sex life. It’s just a preference. Otherwise, it just messes with my self-esteem.”

The 2020 lockdowns forced her to explore other grooming methods, she says. “After the salons closed due to COVID-19 lockdowns, I had no choice but to shave. My mum was never aware that I used to get a Brazilian wax regularly; she doesn’t mind if I was shaving myself – in fact she used to buy razors for me and instruct me on safe shaving methods. It was however an issue of another woman touching my genitals.”

Grooming her pubic hairs also depends heavily on her relationship status in terms of longevity and her partner’s gender: “When I am in a long-term relationship, I eventually get comfortable with my boyfriend seeing some of my pubic hair. If it’s a new relationship or random hookups, I stick to the fully shaven look. I also take my partner’s preferences into account as well.”

Dating a woman definitely changed the course of her grooming choices and the types of conversations they have about body hair, she tells me. “I have a girlfriend now, and one time I felt uncomfortable getting intimate with her because I hadn’t shaven. She didn’t really care. Women partners differ to men from my experience,” Lina says.

For Lamia*, her grooming preferences have changed with age: “When I was much younger, removing all pubic hair was such an important part of our young adulthood for me and my girlfriends, especially if we were in love or anticipating any sexual activity, including marriage,” the 47-year-old mother of one tells me.

“Norms and taboos really differed from household to household. Not all the girls I knew had similar opinions or practices. I used to fully groom my pubic region, I thought it was an important variable that measured my attractiveness and how much my partners wanted me.”

“I don’t groom for anyone else anymore, I do so for myself.”

Now, Lamia says that her grooming choices depend on her needs and the mood she is in.

“I don’t groom for anyone else anymore, I do so for myself. It feels better for me, more comfortable and more importantly, more hygienic.”

As for her daughter, she says, “She has the power to make decisions regarding her body. I know many women and girls who don’t have much of that freedom and that is detrimental to a woman’s physical and mental health.”

Boxes that we must overcome

“’Body hair needs to be extracted. It’s a sign of cleanliness, [implying] waxing or shaving to beautify the areas with hair.’ [This] is drummed into women’s heads, that hair is ugly and needs to be removed,” says Myriam Sfeir, a professor at the Lebanese American University.

In my conversation with her, Sfeir explains that often removing hair is not necessarily an informed choice, that women grooming their body hair is a result of societal pressures, gender norms and wrongful ascriptions to religion.

“It’s part of the patriarchal system and its notions to fit women into the boxes they are supposed to occupy… Social media also plays a role in shaping opinions, as well as peer pressure. [You will] find mothers who instill that in their daughters, and others who are shocked by their daughters’ requests to remove pubic hair and body hair in general.”

For me, grooming my nether region became second habit shortly after the afternoon biking incident with my friend. The shame I wanted to avoid was tied to how efficient I would become with the razor. How skillfully I would contour and “clean” around all the nooks and crevices.

I am 20-years-old now – that’s a decade of grooming! When I asked my boyfriend about his grooming practices, he said the first Brazilian he gave himself was around the age of 16 or 17.

I still think of growing a bush and taking it to the beach, but I haven’t grown that confidence quite yet. I have in my sexual life, to a certain extent. Maybe because I’ve been in a long-term relationship. But who knows? Maybe my bush will one day become a permanent part of my body I am no longer ashamed of.

After all, whether one prefers the bare look or the bush, it is ALL about choice. A choice that only we women get to make about our bodies. 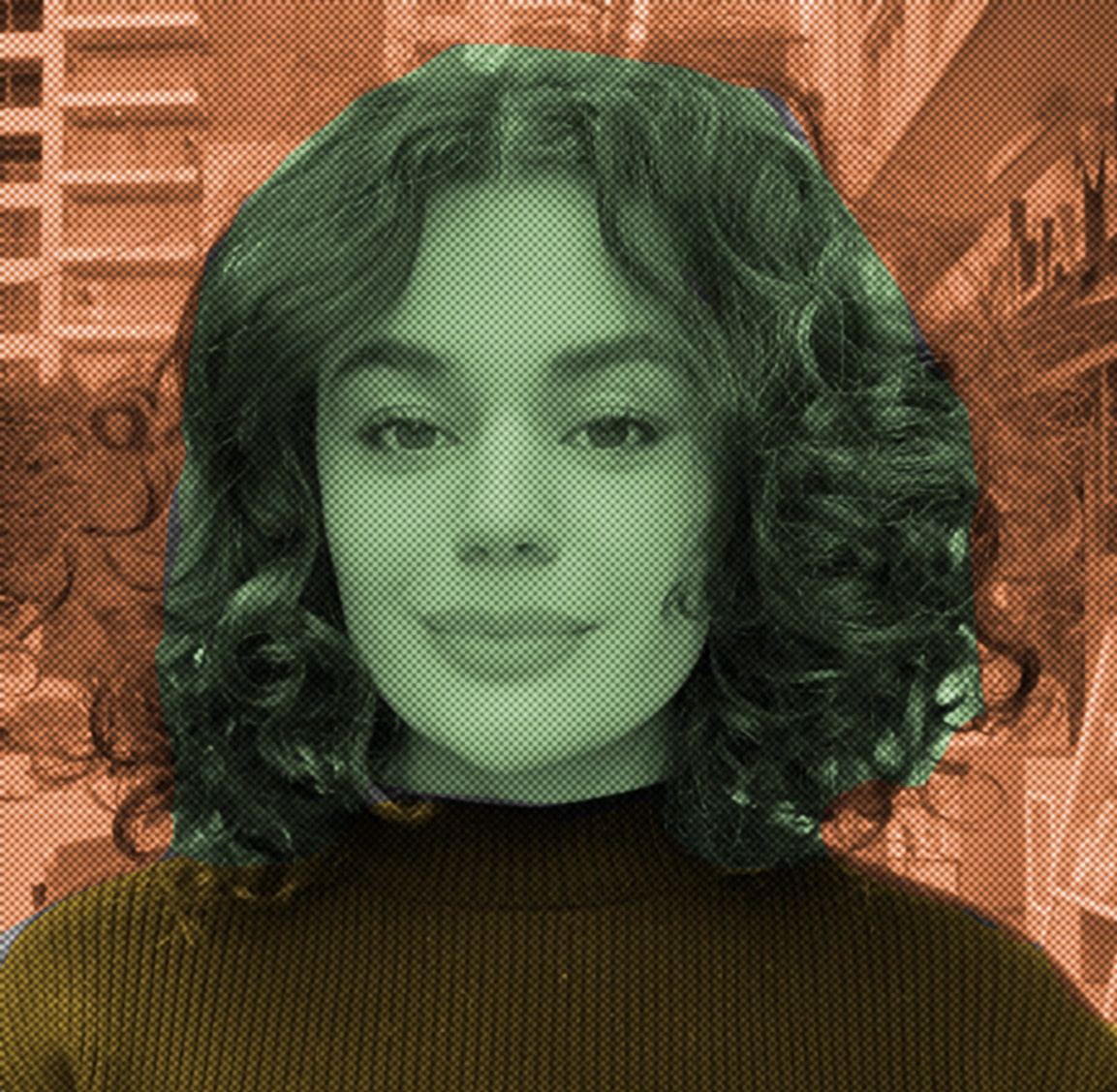 Aspires to be a stellar journalist, but cannot write a one-line bio to save my life.