The Lebanon protests that sparked on October 17 challenged a decade of mansplaining, even in our modern society. From “women shouldn’t sleep in tents” to “why are you chanting like men” – it became obvious that it was not only a revolution against the ruling class, but against society itself.

Out of the boxes already!

On November 19, 2019, a woman stood face to face with a Lebanese riot police officer, almost no distance separating them. A few moments later, she was on the ground holding on to a young man who was about to be arrested by the police. They dragged her, them, back and forth, but Lina did not let the young man go; she was trying to be the buffer between him and the riot police. In her mind, the young man would not be arrested and the police would back off, but the reality was different.

Since October 2019, Lebanese women have pushed every critical button that our society had.

Lina was one of the hundreds of Lebanese women who pushed themselves to the front, even when it was dangerous, during the protests of October 2019, and in the months that followed. She knew that her body was her business, and whether she decides to be dragged and pushed or not, whether she stood at the forefront or in the back, these were her decisions to make, and she made it clear by being present.

That picture of Lina almost always sparks controversy, even until this day. “Why did she do this to herself? A woman shouldn’t be in the street. She could have been in the back. What if something happens to her face?” Endless comments only reflect how even in the Lebanese society, one of the most liberated societies compared to other Arab countries, women are still being put in certain boxes defining what they should be doing or wearing, and how they should be walking and talking.

This proves that there’s no clear recipe for women’s liberation, but constant acts that challenge society one way or another to remind everyone that even norms change. And when it comes to a woman’s body, she must create her own norms, even if this means being at the forefront of a protest in her 50s.

Lebanese women have been leading multiple revolutions throughout the years, especially when it comes to liberating their bodies and hymens from society and its expectations.

Following the protests of 2019, Lebanese celebrated International Women’s Day on March 9, 2020. A young woman wearing a white top leading the annual march in Lebanon wrote on her breasts: “I decide what I wear”. “HER BOOBS ARE SHOWING,” wrote an angry man on Twitter, despite her wearing a basic summer top with a statement written across her chest. After tweeting the picture, I remember receiving so many messages – and this lasted for weeks – asking me about the identity of the young woman. None of these messages had any professional intent. They all wanted to lecture her about her choice of wardrobe, and some probably saw her as a sex object because of what she dared to write on her own body.

There’s a general feeling that societies tend to indirectly test women, to evaluate whether a woman is “eligible to be heard.” Since October 2019, Lebanese women have pushed every critical button that our society had, not only proving that they can lead protests, but that they can stand face to face with riot police, document attacks on protestors, front-kick an armed assaulter, and organize marches that could potentially help heal some of the civil war’s wounds.

There’s no clear recipe for women’s liberation, but constant acts that challenge society.

So, if this was a test, I would say Lebanese women won – and won big.

The prejudice of society chases us everywhere, wherever/ whenever there’s a woman doing something courageous and remarkable, there’s a society mansplaining her about ‘what is best for her’. The Lebanon protests broke a decade of mansplaining, even in our modern society, from “women shouldn’t sleep in tents” to “why are you chanting like men” – it became obvious that it was not only a revolution against the ruling class, but against the society itself. 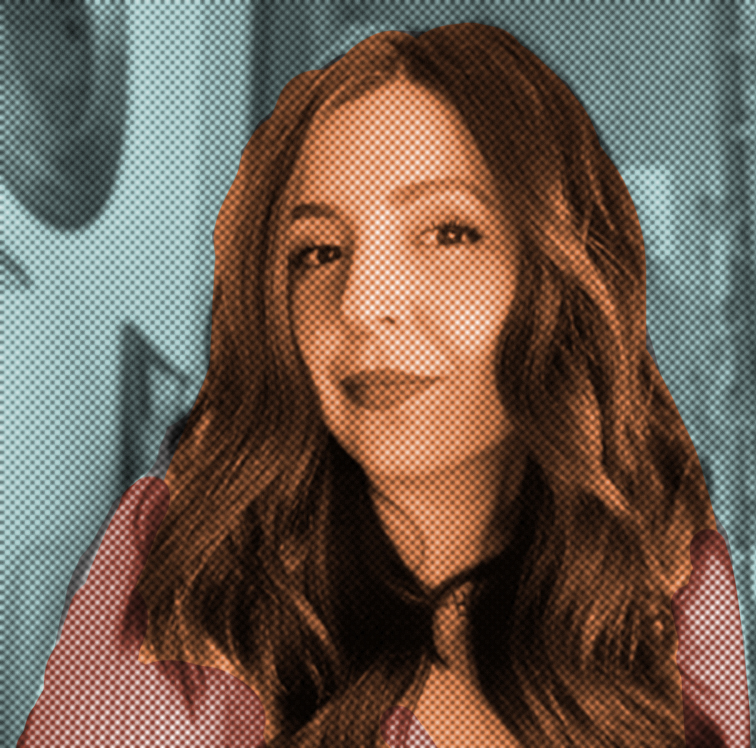 Lebanese journalist defending freedom of speech and human rights, one article at a time